A Beginner’s Guide To Airline Alliances

The understanding what airline alliances are and which airlines are in each alliance is a key that unlocks the door to the next level of miles and points earning and usage. The basics of airline alliances isn’t all that difficult to understand and that knowledge will allow you to use your miles in ways you never thought were possible. There are three major airline alliances, Oneworld, SkyTeam and Star Alliance. These alliances are groups of airlines that make agreements to work with one another so they can get passengers to more destinations around the world. For example, airline alliances are what makes it easier to go from the U.S. to South Africa on a single ticket, using several different airlines, without having to check in at each city. Imagine having to price out and buy a ticket from your home airport to New York City, then from New York to Frankfurt and a final ticket from Frankfurt to Johannesburg. Alliances allow airlines to have a global footprint without expanding into areas where it’s not profitable for them to do so.

Not surprisingly, each alliance has one of the major U.S. airlines as a member. American Airlines is part of Oneworld, Delta Airlines is a member of SkyTeam and United Airlines is a Star Alliance member. Why this is important for using miles and points is that besides using your miles on the U.S. airline you earned them from, you can also use those miles to book flights on airlines in the same alliance. Wait, I’m getting ahead of myself.

Here are the alliances and the member airlines of each:

Now, unless you’re a global mega-traveler, you probably haven’t heard of many of these airlines. However, knowing these alliances and their member airlines will allow you to make those bucket list bookings with your miles. Remember our $25,000 trip that cost less than $1000? Using miles on alliance member airlines allowed it to happen.

Our flight from Melbourne, Australia to Tokyo, Japan was in business class on Thai Airways. I was able to book this trip using my United Airlines miles because both airlines are members of Star Alliance. 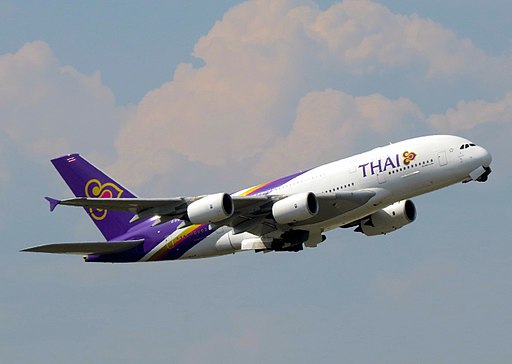 This is where it gets fun. Look at all those miles you have in your frequent flyer account. Do you have a bunch of Delta Skymiles? You COULD use them to fly back and forth from Atlanta to Salt Lake City a few times but wouldn’t it be more fun to fly from New York to Paris on Air France (a SkyTeam member)?

I’m not going to get into all the possibilities of how you can use miles to book trips, and believe me there are many possibilities out there. Just being aware that alliances exist and knowing which airlines are in each one is the first step on a journey of leaning how to best use your miles and points.