Home Travel Why Don’t You Need To Show Your Passport When Visiting Multiple European Countries?

Why Don’t You Need To Show Your Passport When Visiting Multiple European Countries?

When Sharon and I traveled to Austria, we flew from London and had a connection in Berlin before heading to Salzburg. I’ve been on international connecting flights before so I was expecting to “transit” in Germany, meaning I wouldn’t go through immigration control until we arrived in Austria. I was a bit surprised that the immigration booth was at the end of the jetway, before we could even enter the terminal. There was one line for EU and Schengen passengers and another line for everyone else. I had no idea what Schengen is but I knew it wasn’t me. I later found out that this is why we didn’t have to go through passport control when arriving in Austria, which was a bummer as we really wanted that passport stamp.

So what does Schengen mean anyway?

Pardon me if you’re from a European country, as a typical American I tend to only pay attention to things that are directly relevant to me ;-). Since this was the first time we’d ever visited more than a single European country on the same trip, I wasn’t prepared. Our onward travel was more like a domestic U.S. flight. I’ve since found out why you don’t have to show your passport when traveling between most European countries.

In 1985, The Schengen Agreement was signed in Schengen, Luxembourg between 10 countries but the real implementation didn’t begin until the Schengen Convention in 1995. This created what is now known as the Schengen Area.  As per Wikipedia:

This is why you’re able to enter the area in Germany and leave from Austria like we did on our trip.

Also included in the agreement are Monaco, San Marino, and Vatican City.

You’re able to move within all of the countries marked in blue or green without going through immigration at the borders. 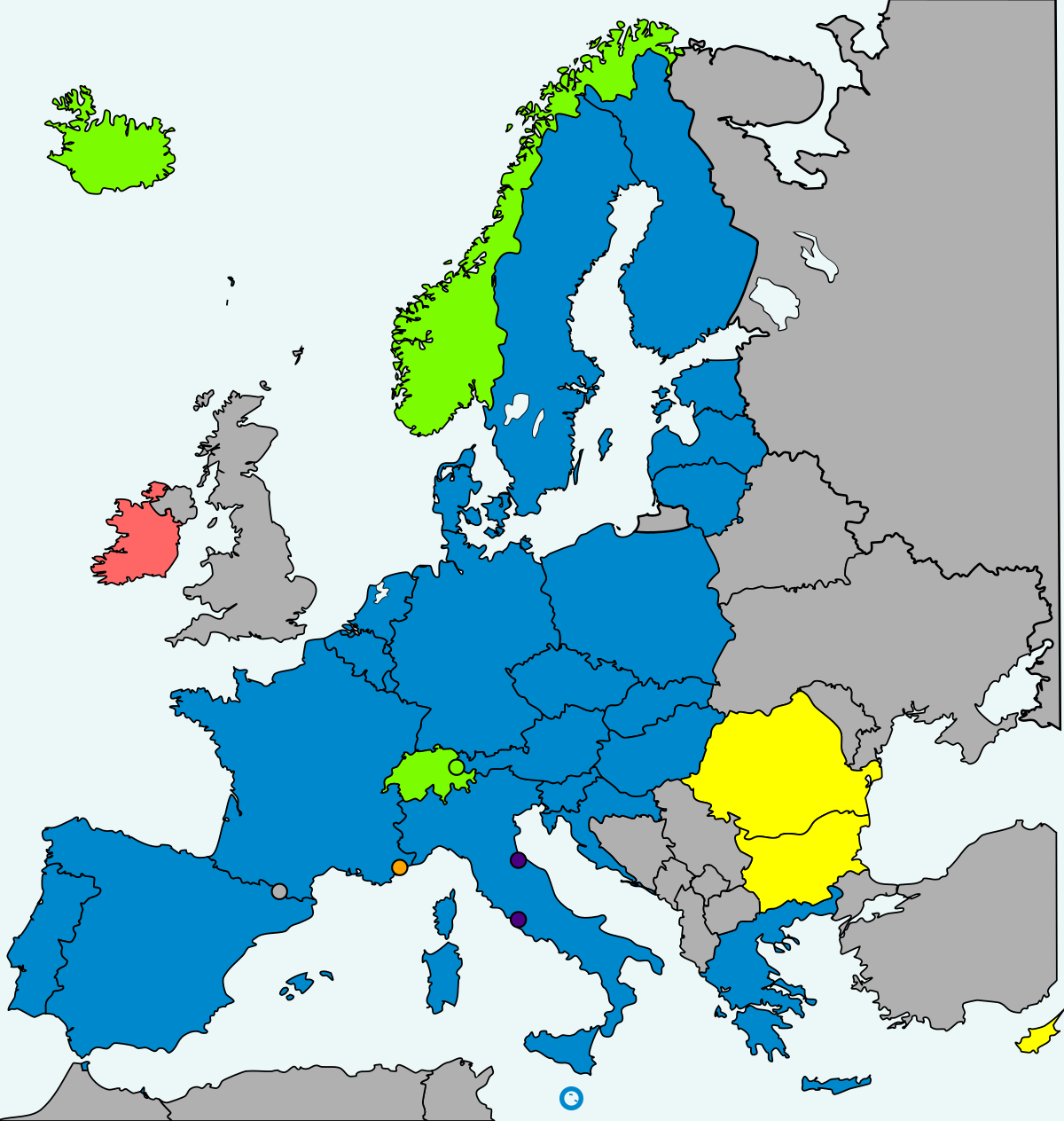 If you prefer to watch videos, here’s the whole thing explained in less than three minutes.

So the next time you’re traveling across Europe and don’t need to show your passport when you visit multiple countries, you can thank the governments that signed the Schengen Agreement.

The not showing a passport is a nice theory but not all that accurate in fact. Earlier this year, a couple of friends and I took a bus from Bratislava to Vienna, a one hour ride. We almost missed the bus because we were required to go back to the hotel to get our passports. On the return via hydrofoil, our passports were not needed. Last year and the year before, passports were needed to enter Hungary from Croatia. To the best of my understanding, these instances were a direct violation of the entire concept of the Schengen zone, but it didn’t seem worth the fight. The only thing I can figure is that the laws were just ignored because countries didn’t want refugees.

From Travel.state.gov
Schengen area countries may reinstate temporary internal and external border control without advanced notice. U.S. citizens should carry their U.S. passport at all times when traveling to/from and within the Schengen area

Interesting,although sometimes having border controls and other times not seems self defeating to the whole borderless concept. As to the carrying a passport at all times, I always keep mine locked at my hotel, since the chances of it being lost or stolen are lower than tromping around with it.